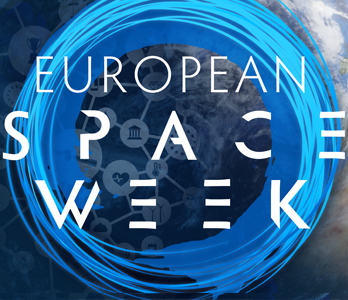 Qascom will partecipate to the the European Space Week in Helsinki, Finland. 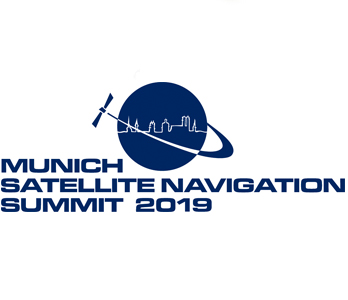 Qascom will partecipate to the Munich Satellite Navigation Summit. 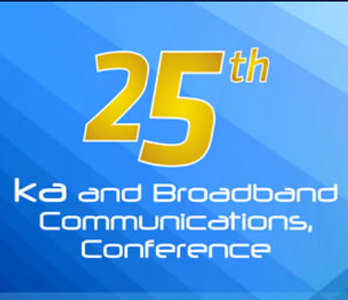 Qascom participates to the 25dth KA and broadband Conference in Sorrento, Italy, from September 30 to October 2, 2019 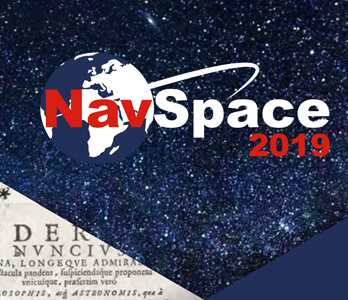 Qascom contributed to the organization of Navspace, the 3rd workshop on Space Navigation & Security

The Robustness and Assurance of Aerospace and Aeronautics navigation system has been one of the top priorities since the early days of navigation and positioning systems. Global Navigation Satellite Systems (GNSS) has been a revolution for its global availability of position and time, as well as for its accuracy and integrity performances. It is estimated that approximately 7% of the European GDP depends on satellite navigation applications, including aviation, maritime, rail, road, energy, telecommunications and financial services. On the other side, robustness and assurance in satellite navigation is an open issue that has yet to be solved within the satellite navigation and space. Cyberattack and cyberwarfare protection systems have been developed for both receivers and applications, in- tegrating sophisticated algorithms or advanced antennas, and finally coupling with alternative navigation systems.

ROBUSTNESS AND ASSURANCE ARE CONSIDERED THE TOP PRIORITIES OF SPACE & NAVIGATION

The well known GNSS limitations have raised developments for context awareness de- tection systems, capable to alert and geo-locate sources of interference and attacks. To date, Robust Positioning and Time (RPNT) is still one of the hardest challenges for GNSS. In the meantime multi-constellation is now a reality; interoperability, multi-GNSS, SBAS and GBAS integration are the top choices for assurance and integrity. Galileo is now an operational service, with a number of services that have been implemented for robust and trusted PNT. Of our particular interest for this workshop are the Galileo Public Regulated Service (PRS), designed for Govern- mental access and control, the upcoming Galileo Open Service Navigation Message Authentica- tion (OSNMA) and the Galileo Commercial Service (CS). 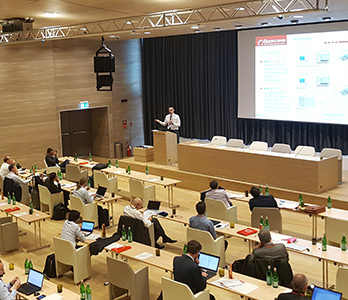 Qascom organized the 2nd Workshop on Space Robustness and Assurance in Italy. 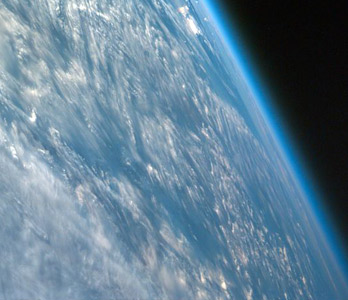 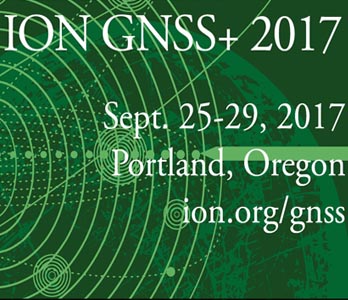 Qascom participates to the ION GNSS+ 2017 conference in Portland 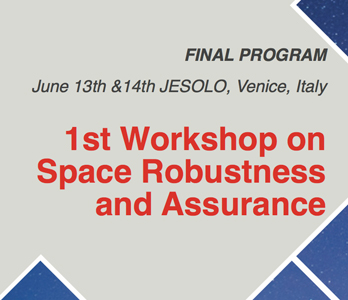 1st Workshop on Space Robustness and Assurance in Jesolo, Italy

Qascom organizes the 1st Workshop on Space Robustness and Assurance in Jesolo, Italy 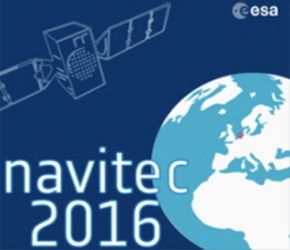 Qascom participates to Navitec 2016 navigation conference hosted by ESA in coordination with CNES, DLR, and the University of the Federal Armed Forces Munich. The conference will be in ESA – ESTEC in The Netherlands between 14th and 16th of December 2016 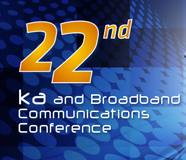 It presents the status of the activities concerning GPS and Galileo developments on board of the International Space Station (ISS), with the Space Communications and Navigation (SCAN) Testbed.
The publication has been prepared by Qascom in collaboration with ESA and NASA. 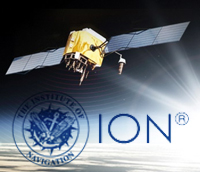 QASCOM participated to the ION GNSS+2016 conference in Portlandand. Three papers were accepted, having Qascom as prime author, with the following titles:

-Jamming and Spoofing Detection and Localization System for Protection of GNSS Ground-based Infrastructures,

The Paper “Authentication Concepts for Satellite-Based Augmentation Systems” introduces the threats on GNSS applications due to the falsification of augmentation services.
In particular, new techniques for SBAS authentication are presented, both at signal level and data level.
The aim of the work is to open the discussion for a new EGNOS authentication service to be implemented in the new dual frequency service.
The paper received the “Best Presentation Aword” for its session at ION 2016 (Portland).
In addition, it has been subject of great interest from the audience.


The last paper is titled “The Advanced Message Generation Facility (AMGF)” and describes a software tool developed to support the assessment of future GNSS navigation message dissemination strategies aimed at enhancing user level performances, such as availability of positioning, timing or authentication services at the user level.
Concepts like the dissemination of messages in “broadcast-target pairing mode” are studied, where satellites can act as “broadcast” satellites, transmitting data also for other satellites called “target”, contrary to typical dissemination of current GNSS systems that disseminate from each SV the data of the broadcasting satellite.
The algorithms have been simulated with Galileo constellations scenario to assess a set of system level key performance indicators retained of value in the analysis of the performance of different dissemination strategies.


During the conference, Qascom was additionally session chair of the panel on PNT Privacy and Security.

Finally Qascom was co-author of a paper concerning the first Experimentation Results with the Full Galileo CS Demonstrator. 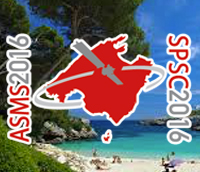 Radio Frequency Interference (RFI) represents a serious threat for the satellite industry: it is the single most important operational problem affecting customer services on geostationary satellites, which causes SATCOM industry to lose millions of dollars a year.
It is classified as a major threat to navigation systems and their users. In this context, it is becoming of critical importance to design space systems which are able to localize the interference source, allowing taking actions (e.g., sending the authorities to the place the interference originates from) that can prevent future repetitions of similar behaviours.
This tutorial will give an overview of localization approaches which are based on processing the signal sent by a target, covering aspects such as:

1) the extraction of basic features from the received signal, which define the set of points in which the target may be located;

2) the computation of a position fix from multiple set of points;

3) the challenges associated to a satellite based localization approach, with particular emphasis to a single satellite architecture.

In addition to it, the localization results obtained with a software simulator developed by Qascom will be shown and discussed.

Qascom organizes a workshop on Galileo at the University of Padova, Department of Information Engineering. Industries and students are invited to participate.

Qascom presents two papers at GNSS 2016. Both presentations concerns GNSS protection in the aviation market. The first is titled "Spoofing Monitoring Sensor for Critical Applications" while the second "GNSS authentication for aeronautics applications". More information is available at the Conference website here 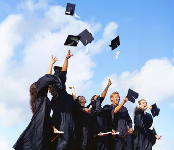 Qascom presented at the University of Padua, at the department of Information Engineering, its activities in robust PNT and interference geo-location.

A team of expert in Qascom presented to the University the current status of projects and activities in the domain of GNSS Jamming and spoofing detection and localization. Various projects with the European Space Agency, The European Commission and GNSS Supervisory Authority has been presented. The company informed that a number of position for thesis research and undergraduate and post-graduate position are open now. Interested in Qascom? Contact us 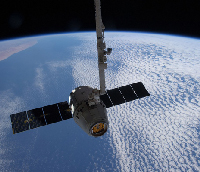 Presentation at the ASI (Italian Space Agency) and IIN (Italian Navigation Institute) conference at the Ministry of Infrastructure and Transport, Rome

Qascom presented robustness of GNSS technologies in the field of road transport, which will increase signals and receivers security against intentional and not intentional interference. More information is available here With its expertise, Qascom covers 360 ° all aspects of authentication and security for road, rail, maritime and aeronautical. 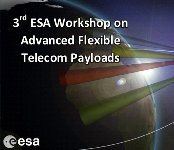 Qascom has been co-chair of the session 6: Flexibility for interference management. The company presented a paper with title “Software Tool for the Assessment of On‐Board Satellite‐Based Interference Geolocation”. Check here. here

The presentation discusses the capabilities of a software simulator tool that Qascom has developed as the prime contractor of the ESA project "Ground to Space Threat Simulator" (GSTS). Such simulator is a flexible and modular software tool for the assessment of various interference geolocation techniques performed by exploiting the processing capabilities of satellites. 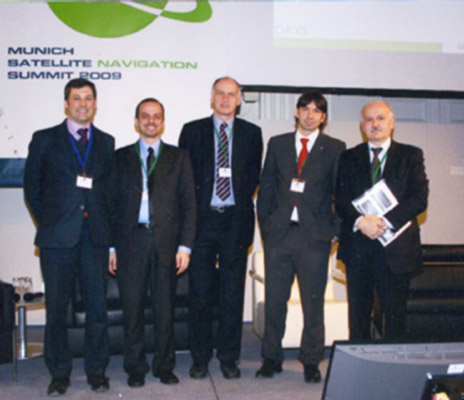 A special session on GNSS authentication has been held at the Munich Satellite Summit this year. Delegates from both US and EU Government have presented their view to the emerging need for authentication in satellite Navigation. Experst and industrial providers explained the current activities and developments as well as their view on emerging requierments. 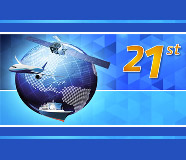 Qascom has presented two publications at the 21st KA and broadband communication conference, held in Bologna, Italy, the 12-14 of October. 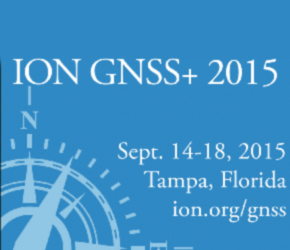 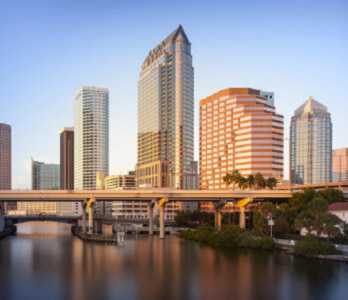 Qascom has been invited as panellist at ION GNSS+ conference in Tampa, US, regarding the topic of “Challenges of Privacy in Future Secure GNSS”

Qascom finally had its Regatta! We organized a team building day with a Regatta at Jesolo beach. Four teams with four boats enjoyed a lovely sunny day sailing all day on the beach. Do you want to join us next year? 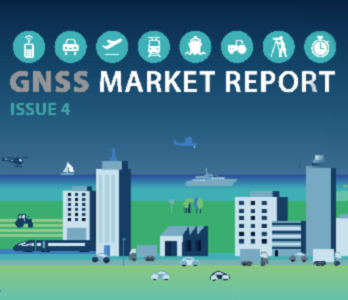 Qascom has participated to the Munich Satellite Summit, in Munich, with a booth illustrating the different services and products in the field of GNSS authentication.